A bizarre, rarely acknowledged paradox exists within the thriving community of whale researchers, whales conservationists, and, really, anybody who simply loves whales: they are the largest living creatures on the planet — yet, being deep-driving and fast-moving animals, they are notoriously difficult to study up-close.

Even when scientists do stumble upon a living, breathing whale, they worry that the noise from the boats they use to approach them stresses their study subjects out. Noise from boat propellers reaches whales and can even impact their hearing, though it’s not clear yet just how much. But as the famous saying goes, “A deaf whale is a dead whale.” They use their auditory sense to hunt, communicate and detect predators, so anything that might jeopardize a whale’s hearing can severely impact its chances of survival.

So what’s to be done? How can scientists continue to study whales without risking auditory damage or unnecessary stress?

When researchers sat down to think about this question, the evolution of unmanned aerial vehicles (UAVs) burst onto the conservation scene. It all started back when one whale scientist, Dr. Iain Kerr, strapped a camera to a hydrogen balloon and unleashed it into the sky. 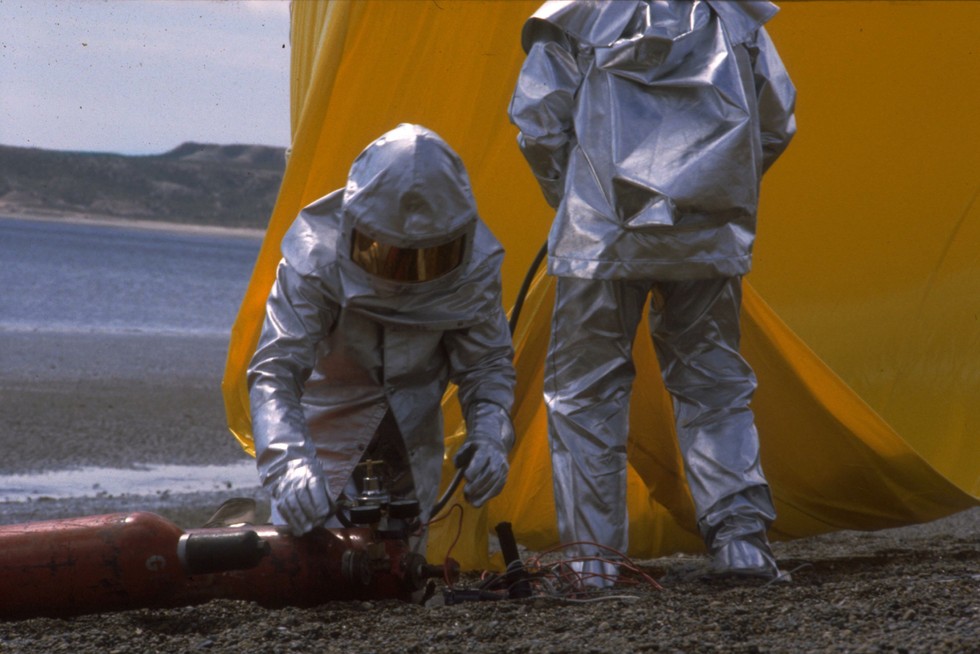 When that turned out to be a time-intensive — and dangerously flammable — method of surveying whales, the parasail was brought out. While his team dragged the parasail behind a boat, Kerr soared through the air, taking footage of the whales below. This method could capture images of whales from on high, but it still hadn’t fixed the problem of noisy motorboats driving near whales. 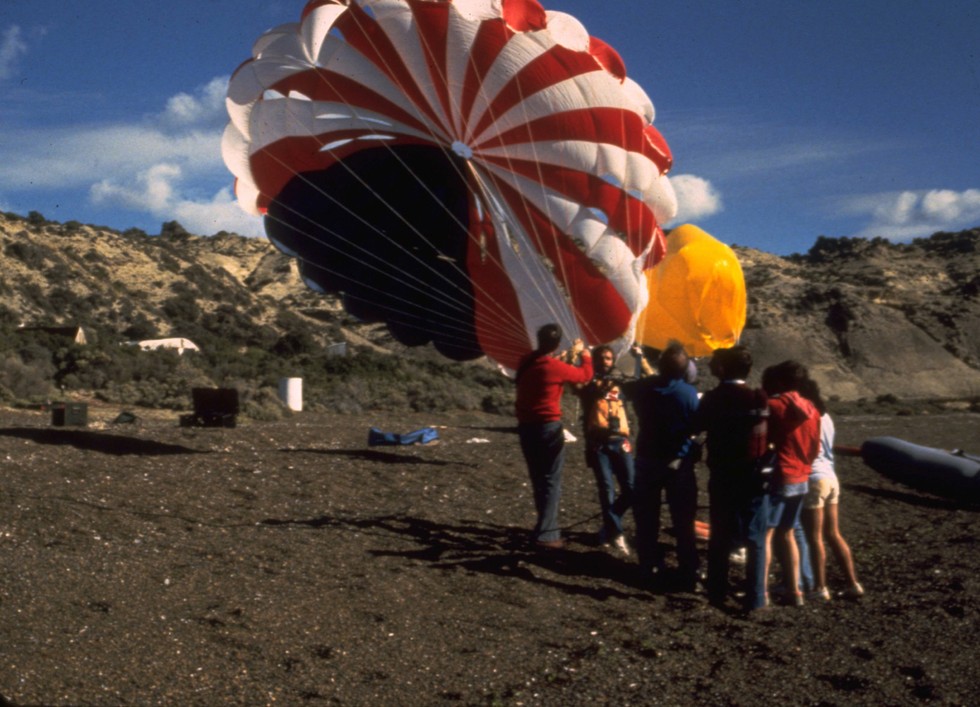 Anyone who took a high school physics class may remember the famous Heisenberg uncertainty principle. Put very simply and applied in a broad sense, it states that the act of measuring a certain piece of data can have an impact on what that measurement is. In this case, the act of measuring the stress hormones of a whale — an act which often involves sidling up to the animal and drawing blood or taking blowhole samples — may in fact stress the animal out, causing the data collected to reflect a higher stress level than normal. The uncertainty principle becomes a sort of loose metaphor for the failings of traditional whale research.

But Kerr and his team at Ocean Alliance are working to get around this — to test whether a drone could be used to gather data about whales without inducing stress. He created the world’s first “whale surrogate” — an inflatable zodiac boat that takes all the data a whale would experience when confronted with a drone: ambient noise measurements, underwater hydrophones, cameras, and wind force measurements. Essentially, the surrogate measures what the whale sees, feels and hears.

Kerr hopes that this will provide an argument for the idea that “you don’t have to kill a whale to learn about whales” — an argument that, in a world where whaling still goes on for “scientific” purposes, is a meaningful one.

“The potential here for drones is enormous,” he told The Dodo. “If you’re above the animal, you can take 3-D pictures, you can look for health or identification marks. And when you’re collecting one piece of data, you might get a dozen others — even see something we’ve never seen before. That’s the icing on the cake.”

And there’s an added bonus — because of factors that concentrate environmental contaminants in the blubber of large animals like whales, studying the toxins in a whale is like studying the pollution in that whale’s ecosystem.

But whale watchers, take note: as of right now in the U.S., it’s illegal to use drones near marine mammals — violators can face fines up to $10,000. Kerr is currently working with the National Marine Fisheries Service to establish appropriate rules for using drones near whales.

Besides science and research, drones can save whales in a host of other ways (often outside the U.S., given the laws). Footage shot by drones was used in the Oscar-winning documentary “The Cove” to expose the brutal dolphin hunt in Taiji, Japan, while the group Sea Shepherd Conservation Society, which abides by the axiom “the camera is our best weapon,” recently brought drones to the Faroe Islands, where it’s preparing to monitor the pilot whale hunt.

“The Danish navy keeps us from getting close to what’s going on,” Jake Weber, a UAV specialist with Sea Shepherd, told The Dodo. “We already used them in the Faroes to document the dumping of dolphin meat. We’d like to capture the grind [the pilot whale hunt] by drone while it occurs if it does happen.”

Lastly, the applications for drone usage to give people a unique and spectacular view of wild whales — without having to visit SeaWorld. While it’s not yet legal in the U.S., given proper precautions and regulations, drone whale watching could revolutionize the way we encounter whales — and spare the lives of those whales that are put in harm’s way.