The DJI Mavic 3 has had several firmware updates lately, which makes you wonder if ActiveTrack support has been added in one of the updates.

Can you now use ActiveTrack?

DJI Mavic 3 does have ActiveTrack v5.0. On the Mavic 3, ActiveTrack makes use of intelligent AI and subject recognition that will track and follow a subject while it’s moving.

The algorithms that make up the AI will find the safest flight path while keeping your moving object in the frame.

ActiveTrack is optimized for autonomous flying for tracking people and/or different objects like vehicles, bikes, and other moving objects. 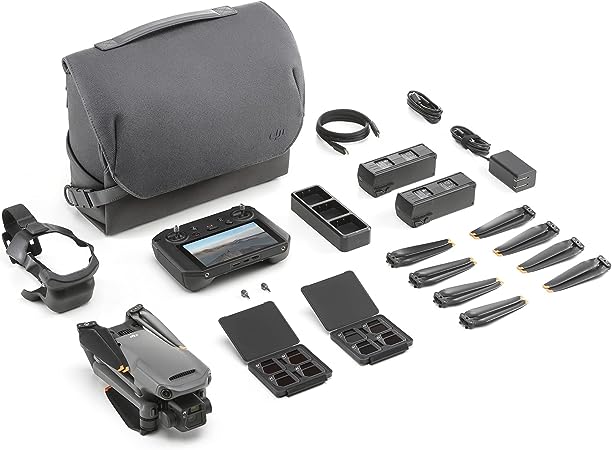 In this guide, I’ll explain how ActiveTrack works, so keep reading!

Perhaps somewhat confusing, DJI uses the term FocusTrack to bring together ActiveTrack along with two other modes, Spotlight 2.0 and Point of Interest 3.0.

ActiveTrack 5.0 is divided into Trace and Parallel, which support tracking both stationary and moving subjects such as vehicles, boats, and people.

Note: The aircraft will bypass obstacles in ActiveTrack 5.0 regardless of the settings in DJI Fly.

Let me now explain how the Trace and Parallel modes work in ActiveTrack.

In Trace, the aircraft tracks the subject at a constant distance and altitude with a constant angle according to the direction of the subject.

The direction is set to back by default and this setting is only available when the subject is moving in a stable direction.

Note: The direction of tracking can be adjusted during tracking.

Parallel mode allows the Mavic 3 tracks the subject at a constant angle and distance from the side.

In ActiveTrack, the aircraft will keep a distance of about 4 to 20 meters when tracking people with an altitude of 2 to 20 m (the optimal distance is 5 to 10 m and altitude is 2 to 10 m).

For the best performance, fly the aircraft at the optimal distance and altitude.

Where APAS Fits In

ActiveTrack also features an APAS (Advanced Pilot Assistance System) feature, which is the object avoidance capability of the Mavic 3.

You can select from three different modes in APAS:

These modes concern the object avoidance behavior of the Mavic 3, specifically when it encounters an object perhaps better avoided, say a large tree or other structure, and as such becomes relevant when flying or filming using ActiveTrack 5.0.

Yes, Nifty. I’m sure there’s a story behind this term but I certainly don’t know it.

Normal mode is the vanilla version of the “out of the box” setup for the Mavic 3 object avoidance sensors and systems, all as part of the APAS implementation.

Indeed, there has been some confusion about the Nifty mode setting in the Bypass Options Screen.

The following was a paraphrase from DJI to a user who made inquiries as to just what this mode was for:

“This mode (Nifty) is not really meant to be used within an ActiveTrack flight, but rather with an operator at the controls. If dynamic footage is a priority, the new Nifty option allows Mavic 3 to fly faster and bypass obstacles more closely during an APAS-directed flight. Please note:

I hope that helps!

How to Start and Use ActiveTrack 5.0

Remember, ActiveTrack is one member of the trio we find in the Mavic 3 FocusTrack suite of AI flight modes.

Here’s how to activate and use the feature.

Note: that the default mode is Spotlight when you first enter the FocusTrack user screens.

When using the Trace mode in ActiveTrack, the actual direction (the tracked direction that is) can be changed by using the direction wheel (see below).

The wheel labels show the instructions for the right stick user input:

The direction wheel will be minimized if there is no operation or user activity for an extended period of time or if any other area of the screen is tapped.

Trace or Parallel can be selected once the direction wheel is minimized. The tracking will be reset to back once Trace is selected again.

The Parallel mode in ActiveTrack is simply that the drone will fly a parallel course to the selected subject in mostly a straight line.

Don’t forget that you will need to be aware of objects or clearances that have somewhat abrupt or severe changes as the drone will need both the time and space to clear these successfully using its AI algorithms.

Obviously, the same holds true for Trace mode. Also, if you are in Nifty mode, the above advice is even more pertinent as Nifty expects small transitions.

Tap the shutter/record button to take photos or start recording video. If you’d like to view the footage you just shot, you can use the Playback button while the Mavic is still in the air.

Although this won’t be in optimal resolution, it will definitely help you decide whether you’ve got what you intended to one degree or another or perhaps decide to take more video or photos.

The AI modes and functions of the Mavic 3 (and other DJI drones) continue to impress us all.

The development of AI keeps expanding into areas where the DJI hardware can easily outperform the humans working the sticks, as ActiveTrack proves.

Make sure to have fun using ActiveTrack 5.0!