The new Air 2S is one of DJI’s most comprehensive offerings to date. This drone comes with an updated follow me feature, now called Active Track 4.0, and is widely regarded as the greatest drone in terms of quality vs. price.

The DJI Air 2S has an intelligent follow-me feature called Active Track 4.0. This follow-me mode is part of DJI’s FocusTrack mode and allows the drone to follow moving subjects such as vehicles, people, or pets.

Today, we will discuss what this new Active Track feature within DJI’s FocusTrack is all about. We will look at what it can track, the maximum speed at which it can function, and a few crucial points to keep in mind when using this fascinating feature.

Without further ado, let’s get into it!

DJI’s new version of the popular intelligent flight mode commonly known as ‘follow me’ is called Active Track, and the Air 2S is running version 4.0.

The improvement of this release comes from the two top sensors located in the best bang-for-the-buck drone from the Chinese manufacturer.

In this mode, within DJI’s FocusTrack, the aircraft will follow the subject and change direction as needed due to its four-way obstacle avoidance system. If the drone loses track of the subject for a brief moment, you may immediately resume monitoring while in flight.

However, be warned that the Air 2S lacks an omnidirectional obstacle avoidance technology, so some caution should be exercised when using this mode.

Note: FocusTrack activates when you drag a box around the subject in the camera view. To exit this mode, tap ‘stop’ in DJI Fly or press the ‘Flight Pause’ button once in the remote controller.

What can ActiveTrack 4.0 track?

The Air 2S Active Track 4.0 system is smart. Ok, not as smart as you are, but it is pretty smart! The proof of this is that it will identify the type of subject that it is tracking.

These icons not only tell what you are tracking as a reference but also help the drone change its flying characteristics to adapt to the subject.

How fast can the Air 2S track a subject?

The most obvious limitation of Active Track 4.0 is that it can only track moving objects that travel at a specific pace.

The drone will stop monitoring the subject in parallel mode when the object reaches 44 mph (70 km/h), with the aircraft flying at the same speed as in trace mode, 27 mph (42 km/h).

It is vital to note that tracking accuracy at high speeds is strongly dependent on the drone’s height. In addition to that, keep in mind that practically every time you do this type of test, you will obtain different results. As a consequence, do not expect the Air 2S to be able to follow an object moving at 40 mph (64 km/h) all the time.

Honestly, I think these speeds should be enough for most scenarios. If you are looking into recording moving objects at higher speeds, maybe you should consider the DJI FPV drone. 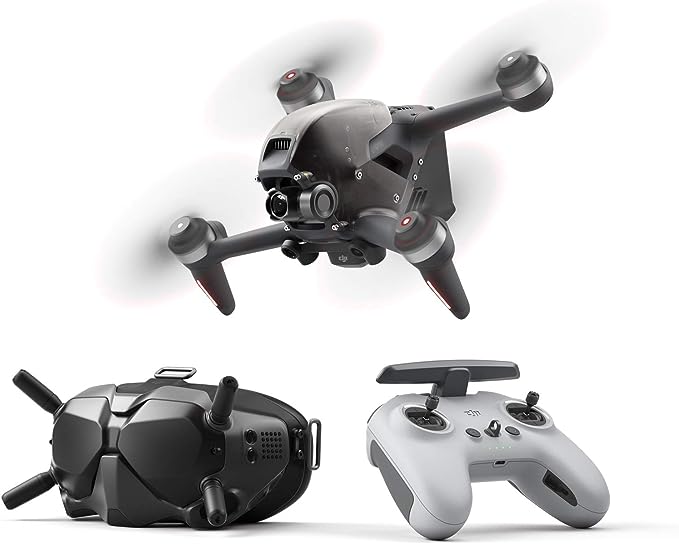 Enjoy crystal-clear real-time and HD Low-Latency Transmission video, even at distances of up to 6.2 miles.

How does Active Track 4.0 work?

Active Track 4.0 is simple to use and flying in this mode should be safe in any open space. Follow these steps to enable it:

As mentioned, this improved feature offers two options: trace, and parallel. Let us see what they do.

Active Track 4.0 is not the only way that you can track a subject with your new DJI Air 2S. In the DJI Fly app, you can find two options that are useful for other situations. Let’s have a look at them.

In this form of follow-me mode, you will have complete control of the aircraft as it automatically tracks the subject, which is quite handy for adding a personal touch to the footage.

Spotlight is enabled by default as soon as you draw the subject on your device’s screen. The green box highlights it, much as it does in Active Track 4.0, except in this mode, the drone remains still as the subject moves. Spotlight is a hybrid mode that combines autonomous and manual flight capabilities.

The Air 2S will yaw to keep monitoring the subject in this mode, but it is entirely up to you to fly it in the subject’s direction. You may also fly around, overtake, and so on as the drone continues tracking the subject.

The last tracking mode is one of the most popular, as we already enjoyed in the DJI Go app. In Point of Interest, you start by drawing a box around the subject, as in the others.

Once you have made your selection, you have to choose on which side you want the drone to fly. Tap on ‘Start’ and the aircraft will fly around the subject.

While your drone is orbiting, you can fly manually closer or farther away from the subject.

However, as mentioned earlier, the system is far from perfect. This is due in part to the lack of an omnidirectional obstacle avoidance system.

The Air 2S has no sensors on the sides, which means that in parallel mode it could run against obstacles without noticing them, causing the aircraft to crash.

Here is a list of some of the precautions that you should take when flying Air 2S in FocusTrack:

That will do it for today, pilot! Have you found this article interesting? There is plenty more on Droneblog to keep you obsessed with drones like we are.