With the new DJI Mini 3 Pro now out, it’s getting even harder to choose a drone. Why? There’s never a one-drone-fits-all scenario. What one drone fails in, another one excels at.

I, for one, am happy to compare these two drones since I had this dilemma myself until I settled on one.

But if you’re on the fence and are considering the DJI Mini 3 Pro vs. Mavic Air 2S, which is better?

Both are great drones, but the Air 2S has superior video and photo quality, especially for those thinking of professional photography.

On the other hand, the Mini 3 Pro is great for hobbyists, and beginners would make a great upgrade from the DJI Mini 2 or Mini SE.

Please keep reading to find out the drone I’d choose, why, and what both of these drones excel in.

Let’s look at the differences between these two drones based on their main features.

Both drones have intelligent flight modes like Quickshots, MasterShots, Spotlight, Point Of Interest, Hyperlapse, and ActiveTrack. Both can do 120fps at 1080p.

The Mini 3 Pro also features a wider aperture and ISO range than the Air 2S. Thanks to the vertical gimbal position, you can also shoot in Portrait mode.

Still, I find the image quality of the Air 2S to be superior, and I would recommend it to anyone thinking about professional photography.

Another feature that differentiates them most is the color profile, of which the Air 2S has a wider color profile than the Mini 3 Pro.

But that doesn’t mean the Mini 3 Pro is all that bad. Later in the article, I’ll let you know who I think it’s best for.

If you want to avoid the hassle of having to register your drone, the Mini 3 Pro has got you covered. The DJI Mini 3 Pro is an upgrade to the DJI’s Mini Series. As such, it maintains the sub-250 gram design while packing several advanced features.

It’s also relatively small and could easily fit in your pocket or backpack. The DJI Air 2S isn’t that large either, but it weighs 595 grams, which means you need to register it.

However, being heavier also means it will hold up better in the wind than the Mini 3 pro.

Regarding flight time, both DJI Mini 3 Pro and the Air 2S are almost similar (34 Minutes and 31 Minutes, respectively).

But that’s on paper. In the real world, you get 25 to 31 minutes of flight time depending on the conditions of the battery, environmental conditions, and how you fly.

However, there’s an option to get a more powerful battery for the Mini 3 Pro, which can last more than 40 minutes, but this battery is not allowed in some regions, like the US or the UK.

And considering the Air 2S is heavier, that means that it features a more powerful battery to achieve such a flight time.

At last DJI has decided to include obstacle avoidance features in their Mini drones. And when you combine this technology with the Follow Me mode, you get to enjoy the experience of the more expensive DJI drones.

But do the obstacle avoidance features match those of the Air 2S? Not really.

The Mini 3 Pro only has forward and downward sensors, while the Air 2S has upward, forward, downward, and backward sensors.

As a result, if you’re flying in areas with many obstacles, you will be safer with the Air 2S compared to the Mini 3 Pro.

The Air 2S also has LED lighting, enabling the drone pilot to navigate and land in low-light regions, a feature the Mini 3 Pro lacks.

Both the Mini 3 Pro and the DJI Air 2S use the RCN1 controller, which is a sleek, comfortable, light, and easy-to-use controller.

Both drone’s controllers have OcuSync 3.0 and can achieve a range of up to 12 KM, with the live footage of 1080p resolution.

However, for an extra cost, you can get the DJI RC controller, which has a 5-inch display, meaning you don’t need to use your smartphone.

Unfortunately, the DJI RC controller is not compatible with Air 2S, and the only other option would be to get the DJI’s Smart Controller, which is way more expensive.

The DJI Mini 3 Pro is a bit expensive compared to the previous Mini drones, but considering all the features they added while maintaining the sub-250 grams weight, I’d say it’s totally worth it.

But now, let’s compare it to the Air 2S. 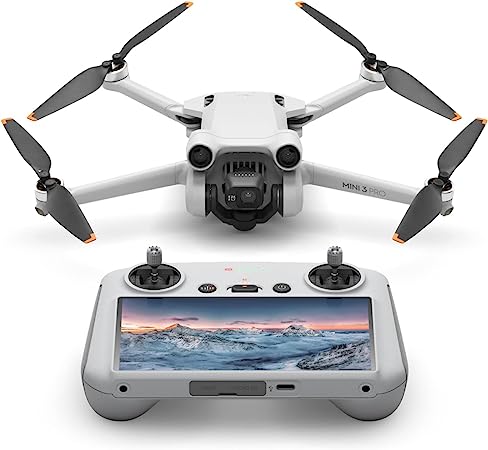 On the other hand, the Air 2S costs start at $999 for the drone and one battery, but you can get the Fly More Combo, which includes three batteries, ND filters, and other accessories, for $1299.

And if you’d like DJI’s Smart Controller, you can add it to the package for a total of $1799. When you consider all the accessories, the Mini 3 Pro still seems to be quite a bit cheaper.

But we all know price isn’t the only factor to consider. It would be best if you also considered the value, and I believe you get more value for money with the DJI Air 2S Fly More Combo. 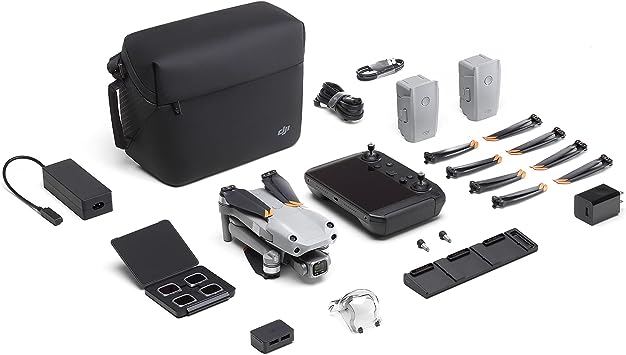 But if you’re on a budget, you can save on the costs and get the DJI Mini 3 Pro with the standard controller or without the controller if upgrading from the Mini 2.

Who should get the DJI Mavic Air 2S?

If you want to do professional drone photography and videography, the DJI Air 2S is still a better option. The camera quality, flight time, color profile, and stability make it superior to the Mini 3 Pro.

And let’s not forget that the DJI Mavic Air 2S has been around for longer, meaning there’s an SDK update for it making it more compatible with third-party apps to be able to do more things with it.

Who should get the DJI Mini 3 Pro?

The Mini 3 Pro is a creator’s drone or a drone that will resonate with most people.

For anyone who creates photo and video content for social media or is looking for a small drone to take with them on hikes, vacations, and other outdoor activities, the Mini 3 Pro is perfect for that.

The vertical gimbal position, 10-bit color profile, tri-directional obstacle avoidance, and a sub-250 gram design make it the best for this kind of activity.

If you’ve posted drone videos and photos from other drones, you may have had to crop them to portrait, but you don’t have to do that with the Mini 3 Pro.

» MORE: How to Produce Vertical Content with a Drone (That Isn’t the Mini 3)

Should you upgrade from a Mini 2 to a Mini 3 Pro?

If you’ve been using the Mini, Mini 2, or Mini SE, the Mini 3 Pro is a perfect upgrade.

It has a better camera, longer flight time, maintains the below 250-gram weight, has a controller with an inbuilt screen, and even has obstacle avoidance, features you couldn’t find in the other Mini drones.

Should you replace the Air 2S with the Mini 3 Pro?

If you already have the Air 2S, it would not be an upgrade to switch to the Mini 3 Pro.

However, you can get it as an extra drone for getting out and about since it’s lighter, but I don’t think the Mini 3 Pro will be the Air 2S “killer,” as some users have claimed.

Besides, the Air 2S controller is compatible with the DJI Mini 3 Pro, so you’ll only need to pay $669 for the drone. With such a deal, it wouldn’t hurt to have both drones.

Below is a table highlighting the main differences between these two drones.

Which Drone Would I Choose?

It all boils down to what you need a drone for. For most DJI drones, the features overlap, leaving a few differences between the drone models.

But if I was just launching my drone career and was looking for a good drone to invest in, I’d go with the Air 2S.

I have participated in projects where we used the DJI Air 2S and streamed the footage direct to a live TV broadcast, so I’ve seen what it can do.

But for leisure and content creation, the Mini 3 Pro would suffice.

If I had the budget for it, I’d get both of them.